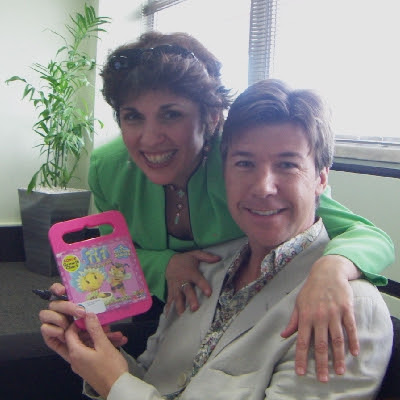 16 Mar Fly to Wellington
Stewart so kindly got up to drive us to the airport to get the Wellington flight.

But it couldnot have been too bad, as I was scheduled to play twice more – draw the Nappie prize and close the show – so ends my first live TV performance

–In the green room at NZ TV we met "Bob the Builder" - Keith Chapman who was promoting “Fifi” his latest creation.
Hearing my Jackie opus 20 he revealed he knows Jackie Du Pre's nice. Strange coincidence. 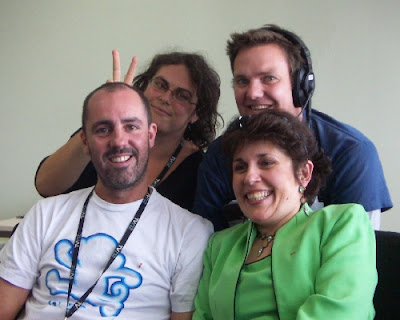 No time for analysis as we are straight back into Wellington to Rent a Dent cars and a drive to Palmeston North.
Incidentally we hired 3 cars from Rent a Dent and are convinced they should run Air New Zealand customer service. Palmersaon North has a reputation as being “different” and the most boring town in NZ – Sure the drive was longand uneventful – and the town appears like Texas without hats and boots – A large new Novatel seems a bit incongruous until one realizes that this is the centre of the North Island and a University Town
Posted by Olga B at 04:33